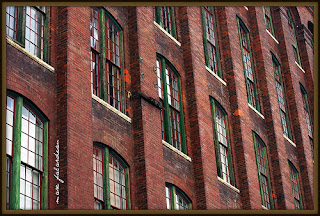 1) Use the photo and the 5 words provided in your story.

4) Link up with your blog hostess (Nicole, Carrie, Tena or Leanne)
5) Have fun, don’t stress, let those creative juices flow.

REGRETS
Tina believed it was a myth that if her son ever came out of this building he will be institutionalised, unable to cope with ordinary, everyday life.  Her family will help him, his uncles and aunts will help him find his feet again for this new stage of his life.  He will make a new life with his girlfriend and the new baby.
Every night since he was incarcerated in this building, with its windows of despair looking out on to the street, Darren hadn’t been able to snatch a good night’s sleep.  Apart from his worries and his brain that was never still, going over and over, again and again what happened that fateful night, the snores and grunts and groans and bodily noises that emanated from his fellow detainees were something he would never get used to.
Why nobody believed him he could only blame on his youthful indiscretions.  He freely admits he wasn’t a good boy at school; in fact he was expelled at age nine.  His mum was at her wits’ end with him, it didn't help that his parents were just splitting up.   His goody-goody sister, butter wouldn’t melt in her mouth, got all the good reports, she got all the good bones in her body and they seemed to have missed him out altogether.
Lisa wondered why she let herself get involved with a bloke like Darren.  He was such a charmer when he wanted to be, a great bloke, fun and sexy and the last thing she thought would happen to her was that she would fall in love with a ‘bad boy.’  In some ways that had made it exciting and exhilarating, thrilling and wonderful but now he was behind barred windows and she was left with their new baby girl. Tilly was so beautiful her wise eyes looked at her mum, mirroring her father’s looks.
Lisa sighed heavily as she thought of the missed opportunity, the job on a luxury yacht as a personal trainer, offered by the wealthy tycoon she’d met at the health club where she’d worked up until she left on maternity leave.
Darren knew his court case was coming up in a couple of weeks’ time.  He was trying to prepare himself for the worst case scenario. His solicitor had laid it out straight on his last visit.  So unless a new, credible witness came forward he was tied up tight in police procedures and forensic evidence but that vital piece of string he kept telling people about was still missing.
His mum cried and said, Darren, I love you so much but I can't take much more of your lies.  There was no rope, there was no string, there were no marks, there is no hope, you won't be out of here for eight years.  Your boys will be teenagers and your new darling daughter won’t know you.
Darren, his voice breaking, called out, ‘I’m sorry, sorry, so very, very sorry.’
Word count: 496
Posted by Sally at 04:01