·     CREATIVE WRITING, FLASH FICTION, POETRY, WEDNESDAY STORIES
Debb from Inner Sunshine says:
Hello again!  If you’re new to this blog, welcome!  Every Thursday I post a writing prompt for those who would like to practice their writing a little bit or simply have fun.  I try to make the prompts interesting and hopefully even challenging…then I publish everybody’s offerings on the following Wednesday.  Each of you is welcome to join in for this prompt….or maybe in a few weeks…or whenever!  Submitting something once does not mean you are now expected to write every week.  So come on out and play!  No need to be shy, because I know our readers to be very nice people!
The prompt for next Wednesday, May 10:
If you like to write stories, write a 500 word story that takes into account all three pictures below.
Poetry lovers:  please write a stanza for each picture, ending up with a total of 500 words, the poem having a unifying theme to it.  Rhyming OR non-rhyming poems are welcome.
What if you want to write a poem AND a story?  Well, I would say “have at it” — and you would deserve a special commendation.  Sure — as many entries you want to make!
Sorry, I cannot personally acknowledge each submission, but just know that I will include all entries for next Wednesday — as long as they are received by noon on Monday, May 8 and follow the prompt’s directions. Personally, if stories and poems are sent in before the deadline, they are just as welcome, if not more so!  If you have any questions, please write to me at stantonsunshine@gmail.com. 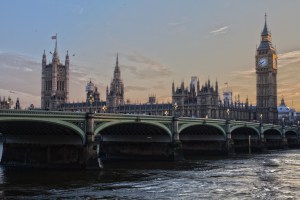 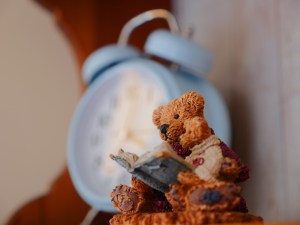 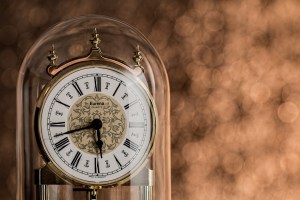 Here is my take on the three photos

TIME FOR A CHANGE 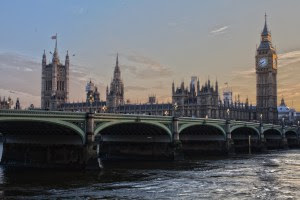 
It was the last night Tom would commute home from the City.  His eyes feasted on Big Ben, a memory to hold on to.  He would miss his colleagues in the office but he was so chuffed at being offered this promotion.

It was a hard decision to make, even harder broaching the subject with Emily.   They didn’t have long to decide.   One month to uproot their new family, organise the house and contents, say goodbye to family and friends.


Their friends were already planning their holidays with them, free accommodation – yes, they wish.  We are not a charity.  Anyway we’ll see if any of them actually come through with a visit first.

Tom knew his mother would take it hard, missing him and her first grandson would be such a stretch for her.  He wished he could take her with him.  Perhaps in a little while he could bring her over to live with them. 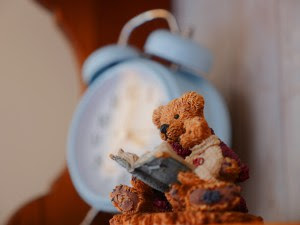 The time will go more quickly once we know what is happening Grandma reassured her grandson.  They snuggled up together, the chosen book open at the next chapter.   Grandma started reading, it would take her mind off the alarm clock set for the early hours of the morning.

Her grandson grew heavy in her arms.  She lifted him gently on to his bed, lovingly tucking him in.  She would keep this precious memory of his sweet childlike smell, his soft fair hair, his wonderful soft skin.

Nancy sighed deeply, she knew her son and his wife had to take this opportunity but New Zealand was so far away.  It wasn't as though she would ever be able to travel there, apart from the cost, the time it took to get there would be too nerve racking. 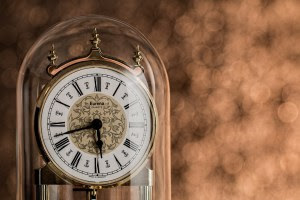 
Fred dusted the carriage clock sitting in pride of place on the mantelpiece above the hearth.  The grate hadn't been lit since they’d converted to central heating back in the 1980s.  The pendulum didn't work, neither did the clock but Fred still dusted the piece every single day.

He thought about Hetty every day as well. What on earth she would make of their daughter, Emily, upping sticks and moving 4,000 miles away he didn’t know, all he knew was he would miss her and the little boy so much.

Time doesn’t stand still, no matter what his carriage clock tried to tell him.  Things move on, people move on, lives move on but emotions and feelings, well they were more difficult to move on from.  You can’t forget loved ones.  He didn’t have much education but he wasn’t a stupid man.

He had some savings, in fact he had a good nest egg.  If he could pluck up the courage maybe he could travel to New Zealand.

He could invite Nancy to go with him as his treat. That would surprise the kids.

·     CREATIVE WRITING, STORIES, WEDNESDAY STORIES
Hosted by Debb at Inner Sunshine who says:
Earth Day was last week.  How ’bout we have land and water, farms, birds and animals grace our stories next week?
I have to admit, I have spring fever.  Here in Minnesota it was like summer, and now we are back to freezing temps and possible snow overnight!  So okay, let us be “wild” then, and I will give you some groovy prompts!
Word limit:  700 (believe it!)
How to write — there are many ways (or combinations) this time:
·       A 100 word paragraph for each photo
·       A story with all or most of the photos
·       A story using some or all of these words — or not:  pub; tapestry; soap; basket; gown; bee; thief; morning tea.  The latter two would have fit well into my last story!
Interesting, I chose the number of words before I chose the photos; I found the words as my last step.
This prompt is a memorial to my dad, of sorts.  He was a farmer originally and became an orchardist and gardener in his later years.  No doubt he inspired my love of the earth, trees, nature, and of course – animals and birds.  I was just thinking of how the first picture, of the ducklings, reminds me of a class of students – do you agree, o my friend Mr. T?


I decided to write 100 words for each picture as follows: 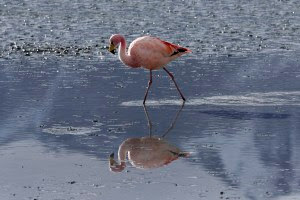 People look at me, they ooh and aah at what they see.

They don’t realise how hard life can be.

My long legs and curvy neck, with wings I can fly up high into the sky.

I stride out over a lake

Aware of a volcanic quake

Any moment a geyser could strike pouring out acidic fumes.

I am of the avian species they assume

I am an oddity in the bird world

My habitat is toxic to humans.

So they won’t bring their guns 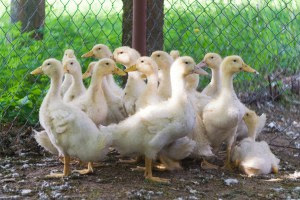 There are so many of us I’m sure we won’t all survive.  At the moment we are deemed sweet and cute and gorgeous, as we grow we are designated to feed others.

I don’t mind, really I don’t.  It’s in my nature to be helpful to people although some days I wonder if it is all worthwhile.

Jemima Puddle-Duck became famous, immortalised in a book, oh I wish I was famous but alas that story is not mine.  I’ll eat the food on the ground, grow big and round and end up on a dinner table. 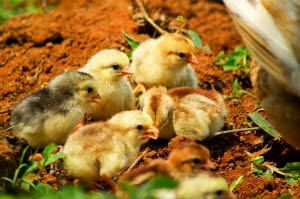 But not a puppy

But my life is deplorable

Living on a chicken farm

Where I will come to harm

Just the same as a duckling

Neither of us will be ageing

I’m rather noisy cheeping away

From dawn to dusk all day

When I’m not pecking at the grains

In the sunshine and in the rain

Just biding my time as those before me

It’s the same in most countries

The humans have to feed

We are here to supply that need

Each hatchling of yellow fluff

Becomes a world of dust. 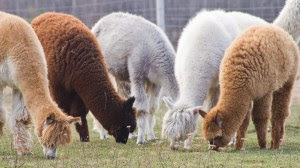 Anne smiled at her two year old.  He waved his arms and called out to the animals.  They were too busy chomping on the grass.  Anne would purchase a skein of their wool from the tourist shop when they finished their farm tour.  It would knit up lovely although rather expensive.

What could she make and who for?  Oh, maybe she could actually knit something for herself this time instead of always giving it away to other people. She knew it wasn’t always appreciated, not the time nor the effort involved 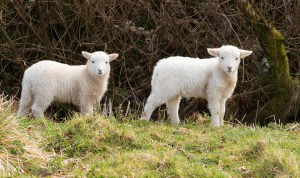 ‘Hey Bill do you see that?’

‘Well they are bit bigger than us.’

Bob proceeded to frolic and caper for a few minutes and then took up his position next to Bill again.
Bill hadn’t stopped watching the alpacas.

Bob got his breath back.  He looked down the hill at the group of greedy animals munching away.  There were people standing watching them as well.

‘If we just stand our ground,’ Bill said, ‘they won’t dare come any closer.’ 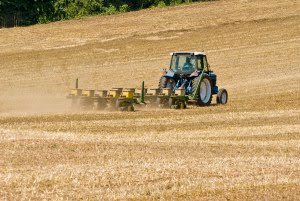 Albert had this field left to seed then he could take a break.  It would be well deserved, he’d been sitting in his cab for nearly four hours, up and down the yellow ground, it became rather monotonous, thank goodness for a good radio.  He could get lost in his Country and Western music playing oldies, Dolly Parton, George Strait, Reba, Alan Jackson, it made the time go much faster.  He’d stop and pour out a cold drink from his thermos flask and eat a sandwich before he called it a day and popped to the pub for a pint. 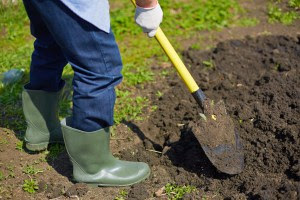 The shadows became longer as Bert dug his patch of soil.  He loved getting in amongst the earth, it felt right to do it by hand.  Tractors and new technology was great for those huge fields but it was much nicer to get back to nature and do something yourself.

Doris would be so pleased to have this piece of garden double dug ready for her.  She wanted to plant a salad crop and maybe a few herb plants.  Doris would be due back from the local garden centre in a couple of hours, so he’d better crack on.