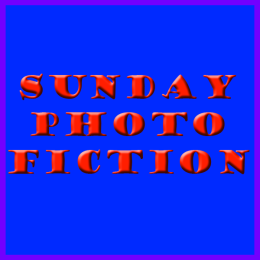 Sunday Photo Fiction – November 27th 2016
November 27, 2016AuthorBy Sunday Fiction Posted in Photo Fiction
The idea of Sunday Photo Fiction is to create a story / poem or something using around about 200 words with the photo as a guide. Please try to keep it as close to the 200 words as possible. It doesn’t have to be centre stage in the story, I have seen some where the placement is so subtle, the writer states where it is.
Once you have written and posted your story,
https://sundayphotofictioner.wordpress.com/2016/11/27/sunday-photo-fiction-november-27th-2016/
Click on the link above to find the inlinkz froggy icon and add it to the collection so we can all have a read.
Any links that are not related to Sunday Photo Fiction
will be deleted so please don’t add them. 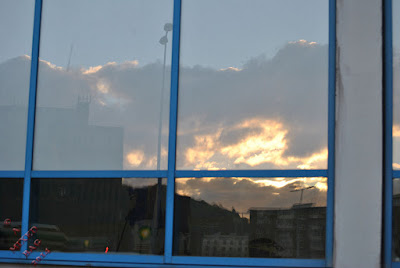 She’s spent another long day alone
Nobody to talk to, she will not moan
she waits wistfully at the window
Wondering if he will be a no-show

She is ready and willing for his caress
Dressed in her lacy, gossamer thin dress
A draught plucks at her alluring beauty
Drawing her heart strings tightly

She reads a text message just received
‘Five minutes, darling,’ her breast heaves
As she waits to see the glare of headlights
Through the one-way street like two penlights

Waiting with bated breath, pulses throbbing
Every fibre of her being is aching
She hears his key turn in the front door
Not long until he satisfies her amour

She will always cherish their love affair
Hoping tonight they conceive an heir. 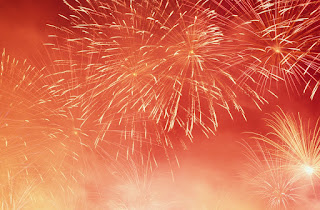 She stood with her elbows leaning on the window sill

Wishing she could go outside but she felt so ill

Resting her forehead on the cool window pane

When they came in they would all complain

That they couldn’t feel their fingers and toes

In the meanwhile she watched the sparks from the bonfire

Dance and flicker, orange flames spurting up in spires

She saw her brother and cousins arching their sparklers

Whooshed high in to the sky and burst into little pockets

Of brilliant hues and showered down in glittery streams

Delighting the observers as they squealed and screamed

She looked forward to hot dogs and bowls of tomato soup

Wellies and boots, hats and scarves, coats and gloves

Discarded with abandon and good natured pushing and shoves

‘Cos her mum said you can’t catch them twice these horrible, painful mumps. 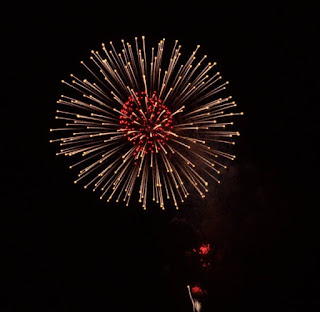 Debb our host from Inner Sunshine has given us a one word prompt this week -  she says:

Hello!  This prompt is the first of its kind on my blog.  I am asking us to write a piece on ORANGE, ANYTHING ORANGE! This could be about the colour or fruit; use whatever form you’d prefer, like a story, poem, composition, fable, dissertation (just kidding on the last one)…

I won’t even have a word count limit.  Here is your chance to use your wings and fly (write) with freedom!  Any questions go to:

to see the other contributions.

Here is my take on the word ORANGE

The whispering started late that night.  A mumbling, a slight hissing sound always to the left of her head.  Daphne shook her head and made her way up the stairs.  She shouldn’t have watched that late night horror film all by herself.

She’d begged Alf not to go to the pub that night but he’d just laughed at her silly ways.  He was captain of the darts team and they had a big match on that night.  A deep rivalry existed between their local pub, The Royal Oak, and The Orange Tree pub from the neighbouring village.  This was the final for the darts league and very important to both teams as they were neck and neck in the league table.

Alf gave Daphne a kiss, patted her ample behind with love taps and told her not to wait up.  He’d get a lift home with a mate.

Helping her grandson carve an orange Jack O’ Lantern that afternoon they’d made up ghoulish tales, his 12 year old imagination becoming more and more macabre with heads and limbs being chopped off by monstrous demons.

Now Daphne’s imagination became overactive not helped by hearing every creak that their old tied-cottage made as the heat dissipated from the rafters and the wooden beams contracted.

She heard the sibilant hissing again as she turned out the bathroom light and made her way down the landing to their bedroom.  A loud bang frightened her out of her skin as she quickly covered herself with her duvet and snuggled down in the bed.

She woke with a start, the green luminesce figures on the clock radio denoted 3.00 a.m.  She reached out for Alf but his side of the bed was cold.  She sat up with a start, something was wrong, terribly wrong. He should have been home hours ago.

The voice was calling her again.  Her heart hammering in her chest Daphne slipped her furry slippers on, wrapped herself in her candlewick dressing gown, switching on lights as she crept downstairs, gathering her courage she checked every room.

They were cold and empty, the heating was on a timer and not due to come on until 6.00 a.m.   She shivered and then froze to the spot in the kitchen.  Along with her name being called she heard a scratching sound at the back door.

Gingerly Daphne unlocked the door, pulling the handle she slowly opened the door.

‘About time, girl.  Goodness you took your time waking up!’

Alf was shivering with the cold, his teeth chattering as the warmth of the alcohol he had imbued earlier on in the evening had left his bloodstream. Waving his mate off he then realised he’d forgotten his house keys.

Daphne was tempted to leave him out there in the cold for giving her such a fright. Then she remembered the old adage, revenge is a dish best served cold.

She’d bide her time and get Alf back for this, maybe not today, maybe not tomorrow but one day soon, when he was least expecting it, she’d pay him back.


This week we will focus on weaving a story to include photos.
Please write a story using two to four of these photos, limiting your word count to 500
If you would like to join in the fun please go to:
Inner Sunshine's blog to find out more
http://www.innersunshine.net/2016/11/02/debbs-story-for-wednesday-stories-11216/
The four photos are below; 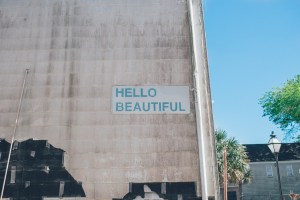 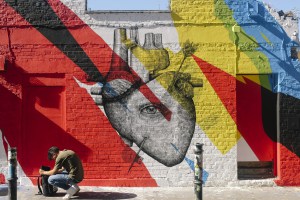 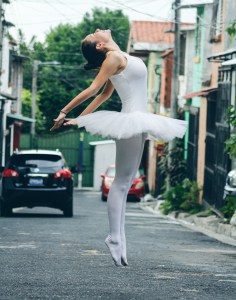 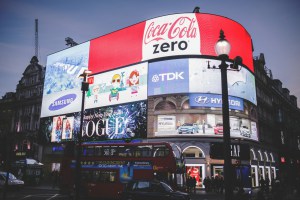 Practice, practice, practice.  That was the mantra that kept going round in Rachelle’s head.  Her dance teacher would emphasize those words banging her silver topped cane on the floor as she pronounced them in her thick accent.

Practice, practice, practice, her father’s deep toned voice reached far into her heart as the words echoed around the chambers of her pulsing organ.  She danced on the freshly mown lawn that was smooth and weed free, no stones would dare to breach the earth to trip her up when her dad was around.

Rachelle packed in every spare minute of her day to make her steps the best she could. She sat ramrod straight in the classroom, her feet and toes pointed elegantly towards the front of the class.  Her arms poised over her exercise book, her fingers holding the pen lightly, her hands making classic dance shapes.
Outside in the street, wearing her tutu and ballet shoes she would practice and twirl, the sun on her upturned face, the gentle breeze trying to stir her stiff hair, held in place by cans of hairspray. 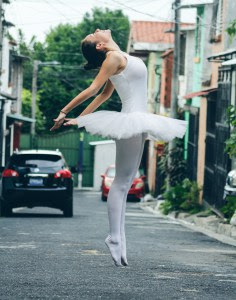 All her hard work and practice was going to pay off one day.  Rachelle was determined she would see her name up in lights.  That strip of advertising neon lights on the corner of the busiest street in London would proclaim her to be the best dancer in the world.  Her concerts would be sold out, her retinue would pamper to her every wish. 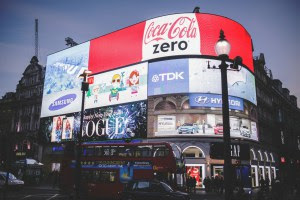 But then in the cold light of day her dreams, daydreams or night dreams, came crashing down.  Now she had to be responsible.  Now she had to help her family.  Tommy had grown up into a graffiti artist.  Not something she was proud.  Not something her parents could cope with.  Many times she bailed him out of jail as he was arrested for defacing a brick wall. 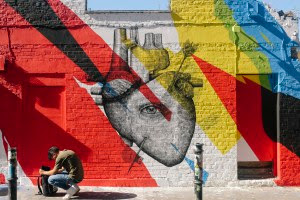 Tommy’s inner voice drew him to open spaces to practice, much as Rachelle practiced in open spaces, hers was benign but his was malignant according to some people.