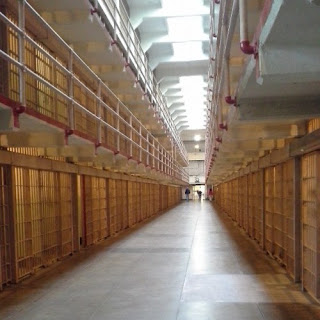 Mandatory words:
corporation
bulldozer
ceiling
uniform
tartan
Here are the reminders of how the blog hop works. If you have never joined in, please do! Invite a friend, too.

1) Use the photo and the 5 words provided in your story
2) Keep your word count 500 words or less.
3) You have until next Tuesday to link up your post.
4) Link up with your blog hostess (Nicole, Carrie, </ a>Tena or Leanne)
5) Have fun, don’t stress, let those creative juices flow.

HERE IS MY STORY FOR THIS WEEK'S BLOG HOP

DEMOLITON
Alison was fed up.   The bulldozer moving the heaped soil from one side of the demolition site to the other was getting on her nerves.   The noise was endless, humdrum, oscillating in and out of rhythm.   There was a brief respite when the driver stopped to eat his lunch.  She secretly observed him from the small window in her flat in the last anonymous tenement block, due its own demolition later on in the year.
A young man descended backwards from the cab.  As he jumped the last foot down to the ground she could see a splash of colour in his otherwise serviceable working uniform of dark blue hard-wearing trousers and T-shirt of the same bland material.  She peered harder through the small casement window and, yes, looped around the tabs on his trousers was a tartan corded belt.
She watched as he strode purposefully over to a pile of rocks and picked up a backpack and retrieved his lunch box from inside.   He put his earphones in and fiddled with his MP3 player.  She wondered what he was listening to, probably some heavy metal rock band unlike the sweet tones of Vivaldi that she would listen to when all the construction crews had gone home.
So many days had gone past that she had lost count of the last time she had donned her business suit, made her face up and spent an hour teasing her hair into a more business like style that the financial sector seemed to like.  The large investment banking corporation she worked for had decided that there was nowhere for her to go and consequently dismissed her with a month’s notice and a redundancy package.
The official line had used all the modern buzz words, blue sky thinking, glass ceiling, to name just a couple but with the recession she had lost her home, became divorced and now sat in her solitary sitting room trying to conjure up the energy to force herself out of her prison like cell that her home had become.
A movement caught her eye and she waved back at the stranger who acknowledged her watching him with a slight nod of his head.  He started his engine up, caterpillar treads rolling forward, the bucket pushing the granite rocks and debris in front to join the piles already waiting on the side.
At five o’clock the noise ceased, Alison breathed a sigh of relief as the workmen downed their tools and locked up their beasts of machines.  She filled the kettle with water and waited for it to boil as she leant against the stainless steel sink.
A gentle knock on the window pane that was set in to her front door startled her as she wondered who on earth had come to call.  Leaning languidly against the door jamb was the bulldozer driver who awkwardly thrust a posy of wildflowers into her hands with a slight, sexy smile on his face.
Word count:  494
Posted by Sally at 02:20