This week we will incorporate all four photos into our stories.  There are no prompt words.  Expected word maximum:  600 words.  Enjoy!

Reaching the wooden bridge Janet paused for a moment.  She loved this time of year as the shadows lengthened and the days became shorter.  The daylight hours were so few to enjoy but she knew she was luckier than some people.  She could still get out and about, she could still walk in the fresh air and get the last vestiges of vitamin D from the last of the sun’s rays as it became weaker and weaker each day. 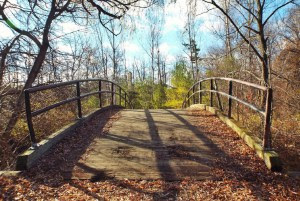 Janet passed several people on her walk, smiling at the passer-by’s, some acknowledged her informal greeting, some ignored her but she shrugged those people off.  They might be having problems or troubles that made them oblivious to other people and their surroundings.  There wasn’t a lot she could do about that just the hope that her smile would lighten their day somewhat.

She did have a nice smile.  That was something her first boss had complimented her on was how her smile lit up her face.  She didn’t realise it was because he wanted more from her and not just more output at work.  His eyes usually strayed from her smile to her chest which would make her blush and feel very uncomfortable.  It was only for a moment, a fleeting glance at her shapely breast, a sly smirk on his face quickly wiped off as he leaned over her to reach a pencil on her desk.

He called her in to his office one day asking her to bring her pad and take dictation.  Her shorthand speeds were above average and she always typed his letters back quickly, correcting his grammar nine times out of ten.  His sentence construction was pretty poor and she always changed the salutations to the correct signing off.  He never knew ‘Dear Sir/Yours Faithfully’ or dear Mr. Jones/ Yours Sincerely’ but he didn’t need to because she always did it for him.

When he paced about the room speaking out loud, her pencil flying over her pad, she knew he would stop behind her and surreptitiously sniff her hair, he would press his large hand lightly on her shoulder and let his fingers graze the side of her neck, she would suppress the shudder because she needed her salary at the end of the month.

Janet remembered it was about this time of year when she tried to tell her father about Mr. Kingsley.  They were sitting in his study, her dad had his cigar ready and a few nuts on his desk ready to crack open, she started to tell him but his hand waved away her conversation dismissively.  He told her that was something she would have to learn to cope with in the world of work and that it didn’t really mean anything. 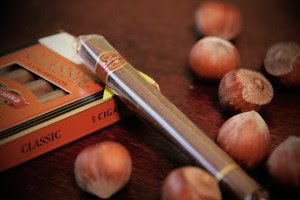 Crossing the bridge she saw a young girl sitting on a picnic rug, holding a book obviously in a world of her own.  Janet thought how lucky that woman was, she would never suffer from that kind of sexual abuse these days.  Well she certainly hoped not.  She was sure things had changed over the last 40 years from when she was working in an office. 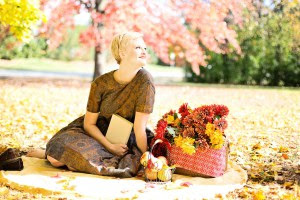 Resting on a bench, soaking up the atmosphere Janet’s eyes were drawn to the bench beside her.  She had felt eyes upon her and noticed the small squirrel gazing at her.   Oh what a simple life that little rodent lived.  He knew his place in the world, gathering his harvest to see him through the winter, running up and down trees playfully, his furry body keeping him warm in the cold season. 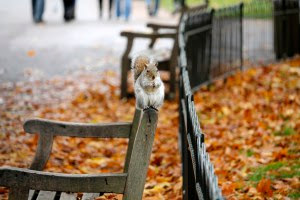