a weekly prompt with photos and prompt words.  This week Debb has given us several options to choose from and my choice was to write a story using three photo prompts.   Debb also gave us an unlimited word count. 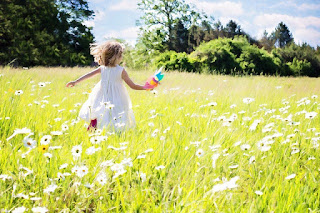 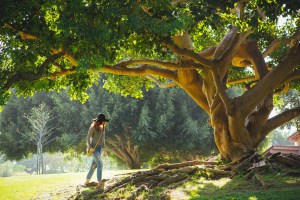 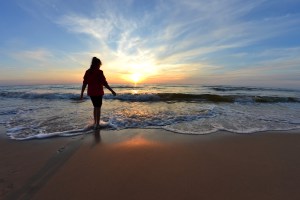 Alice smiled as she flicked through the family photograph album.  These pictures were installed in her brain.  They were not her memories, those were long gone but they were pictures that she thought could be her memories.

Selena knelt by her chair, speaking softly to her she removed the photo album and gently helped Alice up, leading her to the dining area, she helped her into the chair and placed her dinner plate before her.

The aroma of the food wafted up to Alice, slowly she chomped on her food, delicious as it was without many teeth left she was glad it was shepherd’s pie, nice soft food for her palate.  She remembered to wipe her mouth with her napkin and smiled at the people sitting opposite.  George was gummy also but he made her shuddered with the noises he made as he slurped and sucked his food rather than try to chew and his drooling was atrocious.  His moustache always smelt of stale food.  She really didn’t like George very much.

Alice looked down the other end of the table where Margaret was being helped with her meal.  Joan and Betty were having good days and wolfing down their food as though they had never been fed before.  At this stage in their lives it may be their last meal or that’s what it seemed like to some of the residents in the home.

This home had many benefits but eating together with a bunch of geriatrics wasn’t one of them.  Alice was not in their category yet.  She knew that.  She also knew that she couldn’t cope at home alone.  So here she was.  Some days were better than others and then she was grateful, some days were not as happy and then her tears fell from her eyes and the staff and carers couldn’t cheer her up.

The smell of the apple pie wafted through the air tempting her taste buds.  The pastry crust was golden brown and crisp.  The smell of cloves lingered as an after taste in her mouth.  A drizzle of custard set off the fleeting memory of her childhood when her own mother dished up a baked fruit pie.

Safely back in the communal lounge with her photo album on her lap Alice dozed for a little while.  Opening her eyes sometime later she realised somebody else was looking through her photographs.
Trying to snatch it back her visitor placed their hand over hers.

‘Hello Gran.  Can we go through the photos together this afternoon?’

A blank look from Alice made her guest swallow.  She looked around and Selena nodded at her encouragingly.

‘I’m Louise, Gran, your youngest grandchild but all grown-up now.’

Recognition flickered across Alice’s face.  A smile enveloped her face as she offered her cheek up for a kiss.   Louise obliged, noting the feel of Alice’s paper thin skin, the softness belying the crepey skin folding in on itself.  She felt so much love for this lady who had been the mainstay of her life for most of her 30 years.  Louise felt the prickle of tears as she realised her Gran was not always aware of everything around her.  Luckily today though she seemed more alert.

‘I’ve brought you some more pictures for the album.’  Louise explained the three snapshots.  ‘This is Mary-Beth, she’s such a live wire now.  We went on for a walk in the countryside.  We packed up a picnic and then just let her run free.  Look at the joy in her, such childlike glee.  She just loved running through the field of daisies in the summer.’

Alice rubbed her forefinger over the child’s blond hair.

Lingering on the photo, trying to make sure the image stayed in her mind, Alice was determined to remember this youngest member of her family.

Louise pulled the next photo out of her hand and placed it in the album.

‘This is me on another trip.  Just look at the old tree, Gran, I bet it could tell us a tale or two.’

Again Alice soaked up the image.  ‘I like your hat my dear,’ she said.

They both laughed.  Louise chatted to her Gran about that day and the feel of the gnarled bark on the tree.  She explained how she felt just being in the presence of this majestic tree. The shade and light as it dappled through the green leaves made it a magical spot to sit and rest her back against it.  Louise told her Gran that she spent about half an hour just sitting by the tree soaking up the atmosphere.

Louise could see her Gran was glazing over.  That was probably too much information for Alice to take in this afternoon.  There was one more photograph Louise wanted to show Alice and then place in the album.

It was a slightly blurred image of Louise at sunset standing at the edge of the sea, the waves coming in to shore.  Louise told her Gran about the sound of waves rippling on the sand and the salt spray hitting her face.  As she licked her lips she could taste the saltiness of the vapour.

Alice grinned as she looked at Louise.  Her smile was as broad as the Cheshire cat, showing her gums but the joy in her face and the light in her eyes made up for any lack of teeth.

‘I can smell the sea,’ Alice said.  ‘I love the seaside.  Can we go sometime please, my dear?’

Louise kissed her Gran’s cheek as she squeezed her hand.

‘Of course we can.  We will go next summer.’

Louise smiled at her Gran through her own tears.  She didn’t know if her Gran would survive this winter and next spring and actually make it to summer but if she did then Louise would move heaven and earth to keep her promise.