Debbie hosts Wednesday Writings where she provides us with photo prompts, random words and a word count.  This week we have three photos and six random words. 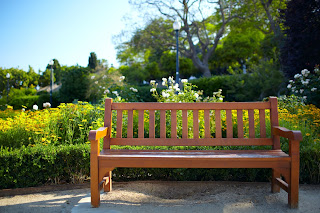 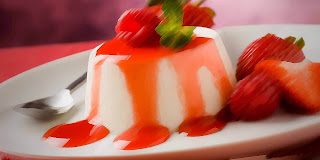 A NEW LIFE
The memory hit her hard. Lilian swallowed back the tears.  She would not start crying again.  Sitting on the bench she surveyed her surroundings. The stage was set for a beautiful day.  A border of flowers grew behind her, uniform in colour, the bright yellow cheering up her mood.  The birds were singing, the summer breeze light and soft whispering around her face and cheeks.  Did she imagine it or did she feel the gentle touch of Dan’s fingers caressing her face.  Well of course she imagined it.  It wasn’t possible or was it? She rested her hands in her lap as she thought back to a week ago.

Mystic Meg at the summer fair in the local village had given her a reading.  Lilian was so sceptical when she emerged from the tent.  Her friend, Daphne, looked at her raising an eyebrow.  Laughing Lilian told her what Mystic Meg had said, utter scorn and disbelief in her voice.

‘Dan is always by your side.  He said he loves you and will show you in many ways that he is still with you.’

Linking arms the two friends laughed as they made their way to the ice-cream van to enjoy a delightful cornet.

Back to the present Lilian smiled as a family of four went past her seat.  The children were bickering in the way brothers and sisters always did with chastisements from their parents.  Dad carried a picnic basket, checking the map on his smartphone, Lilian heard the Sat Nav giving them directions.  Mum carried a hold-all with all sorts of pieces contained therein.  Lilian could see a Frisbee poking out of the top.

Enough of this. Lilian got up and continued her walk.  She left the park and continued down a country lane, only known to the locals for which she was grateful.  Glancing at her watch she affirmed there was time to continue her ramble before she met her friends.

Lilian stopped at the edge of the copse, taking the opportunity to unscrew the top of her bottle of mineral water and take a drink.  The water had stayed cool and was so refreshing she felt revitalised.  A movement caught her eye.  Something scurried away in the undergrowth.  She wished she knew a bit more about wildlife in the country.  She thought it was a shrew or maybe a harvest mouse but she’d have to look it up when she got a signal on her phone.

Lilian relied on her memory.  She was almost certain there was a path through the small woodland to the next village.  Checking the time once again she realised there was only half an hour before she was meeting her friends at the Jolly Farmer pub.

Traipsing through the woods, the smells were delightful, that green hint of bark, the slight damp smell of rotting leaves underfoot and the dappling of the sunlight through the branches of the trees all contributed to lifting her mood.  Once again she thought of Dan, she imagined she felt his hand in hers as he helped her over a fallen log.  She shook her head admonishing herself again.

There was the pub, with Anita and Rex, Shirley and Mary just arriving in their cars.  A pleasant hour was spent dining and chatting.  They really couldn't resist the delicious desserts that were on offer and Lilian indulged in a rather creamy affair drizzled with a strawberry sauce.

All in all a rather wonderful way to spend a Sunday.  She must be grateful and she would.  In her mind’s eye she saw Dan nod his head in agreement.