It is time for this week's Blog Hop and this time we have one picture and five random words.

We hope you feel inspired to join us! 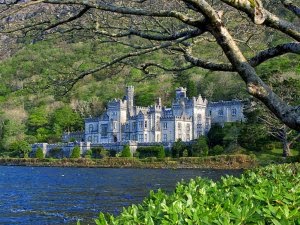 Here are your five words:

GENERATIONS
The creak of the garden gate alerted Marianne, she looked up from her gardening, trowel in hand, the wide brimmed sunhat she wore on her head shielding her eyes from the sun and protecting her grey hairs on her scalp.  The smell of the coriander plant she had just potted wafted in the light breeze.

Her grandson, Timmy, shut the gate behind him and as he turned back smiled at his granny.   Marianne welcomed the freckled faced 11 year old and stood slowly, easing her  aching back into an upright position.

‘Mum has sent you some cake, Granny.’

‘Come in. We’ll have a slice with a glass of lemonade and ice cubes,’ Marianne said as she bent to retrieve her gardening tools but Timmy was there before her.  He scooped up the gardening fork and trowel, placing them on top of the tin, the logistics of juggling them all nearly got the better of him as the tin slipped out of his arms, he caught it bringing his knee coming up to meet his hands.

Marianne smothered a laugh at these antics but knew her grandson would be more embarrassed if she tried to help him.

Sitting in the conservatory a few minutes later with the cake and cold drink in front of them they relaxed as they looked out of the window at the view beyond the lake.  The imposing white bricked castle stared back at them, never changing its appearance, always standing guard over the lake.

Timmy cleared his throat as he took out a piece of scrunched up paper from inside his jacket pocket as he intoned:

Balanced on the ridge on one knee

Drawing the bow tight to his chest

The notch on the string, tightening

The arrow flew through the air

He said a silent prayer

Heard the arrow thud as it hit its mark

A cry of pain, a yelp more like a bark

The stag was down

Flailing on the ground

Along the old oak tree’s bark

He imagined the thud as the body fell

He saw the ribcage heave and swell

Overcome with a sense of despair

Its last breath left its body and died in the air.’

Marianne looked at her grandson.  Timmy’s head was down waiting for her reaction.

‘Did you make that up yourself?’

‘I think it is deserving of A+,’ Marianne wondered where he got his creativity from, not from her that was for sure maybe from his dad who had long disappeared from the scene.

Timmy smiled, he could always count on his Gran to make time for him unlike at home with the younger boys always running around and making a noise.  Now Gran had heard it he might show it to his step-dad when he came home from work.