The Cephalopod Coffeehouse May Meeting 2014 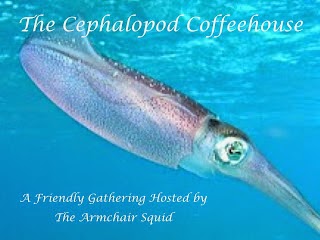 The idea is simple: on the last Friday of each month, post about the best book you've finished over the past month while visiting other bloggers doing the same.  In this way, we'll all have the opportunity to share our thoughts with other enthusiastic readers.  Go to the link above to post a link for your favourite book read this month.

My favourite book this month and a 5* rating from me is another book from Louise Penny, the third book in her series of books set in the fictional village of Three Pines a little way from Quebec and featuring Inspector Armand Gamache from the Sûreté du Quebec.   You can read this book as a stand-alone book but if possible read the first two books in the series before as it will help with the characters.

There are ten books published in this series and another one in the pipeline. 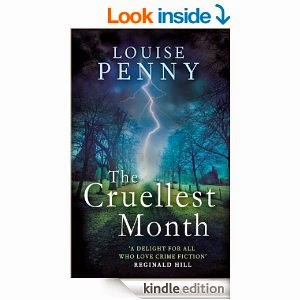 This is the third book in a series starring Inspector Armand Gamache from the Sûreté du Quebec and again is set around a death in the fictional village of Three Pines.

‘Once found Three Pines was never forgotten but it was only ever found by people lost.’

Although you can read all of Louise Penny’s books as stand-alone novels, it is probably better to start with the first one as many of the characters develop as the series continues and to date there are ten books in the series.

It is a nice meaty book to get in to with flashbacks to a previous controversy concerning the Inspector which is explained, to an extent, as the book progresses.  Louise deals with the insecurities of people’s characters, intertwining their strengths as well.  The intricacies of living in a small village that boasts a set of shops and a bistro where people gather who are looked after well by the extrovert couple of Olivier and Gabri who also run the local B & B.

It is early April, Easter weekend and eggs are being hidden for the local children to find and a séance has been organised for the adults presided over by a visiting medium/psychic.   A haunted house and a death follow, fear and terror and horror invade all those attending.  The Sûreté du Quebec become involved when it is realised the victim didn't die naturally as was first thought.

Louise Penny is able to describe the village, its inhabitants, the after effects and consequences of a sudden death, drawing you intimately into the village and the people who live there.  We also find out more about the characters of the Sûreté du Quebec involved in the investigation.

A good book is one where the characters stay with you long after you have put the book down and this is one such book.

I will certainly read the rest of the books in the series.  Highly recommended for those who like mystery/thrillers in a Agatha Christie type of style with other themes running through following the lives of all the characters.