It's time for the WWBH

This week we have a picture and five random words to conjure something up in approximately 500 words.


Here is how the blog hop works if you’d like to participate:
Here is the reveal for this week: 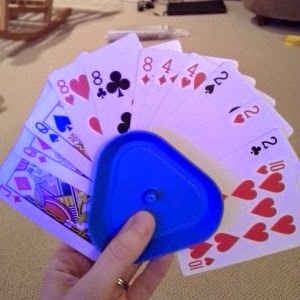 
Here is my short story

Amelia sat at the bureau writing the invitation cards in her best hand writing, wishing she had more patience with calligraphy; it would be the best party ever, a surprise for her parents for their silver wedding anniversary.  She had contacted most people privately over Facebook making sure there was a need for secrecy.  Everybody had agreed to keep it to themselves but whether that worked or not was another matter.   She could but hope.

She ticked off the names on her list one-by-one, picturing each person in her mind.  There was Uncle Bob; she knew her mum had a soft spot for her eldest cousin, especially after he led her mum up the altar when she got married to her dad.

Then there was Uncle Richard, the next favourite, quite a party goer in his youth as well, now silver haired,  followed by Auntie Tracie who had a few secrets of her own and then the youngest cousin,  Auntie Paula.  They all had their own families and the list was endless, Amelia had to cull the size of the list otherwise the party would be infested with all and sundry rather like a swarm of locusts all descending on the food and free drink.

She shook her head discarding the pangs and twinges of guilt as she decided there would be no young children attending the event.   She wanted the adults to enjoy themselves, not worry about the little ones running riot getting up to misdeeds, not necessarily being evil but just exuberant, lively children.

Amelia breathed a sigh of relief as she placed the last card in its matching envelope, sealed it and stamped it ready for the post.  Now Amelia turned to her other list.  This one was for the fun aspect of the party.  The planning and preparations for the celebrations she attacked with her usual flair for organisation.  The helium balloons, in silver with 25 written on them, were ordered to be delivered direct to the venue.  The table ornaments, tablecloths and serviettes were colour co-ordinated in silver and blue.  A local florist had given her a good deal on 25 table arrangements with an extra large floral display for the top table.

Streamers and ribbons would be festooned around the walls of the hall.  She had secretly worked on a collage of photographs of her parents throughout their marriage, oh how fashions have changed, that would certainly cause a few giggles, her dad with long hair.
The coup-de-grace, mused Amelia, was the entertainer booked for the last hour of the evening when everybody was replete with food and drink.

‘Mr. Darcy’ was billed as an all-round entertainer. She had spoken to him on the phone; if his voice was that sexy in real life then her mum would be in seventh heaven, she couldn't wait to meet him and introduce him to everybody.  He would even supply card holders to make life easier for those with less mobility.

Now, was there anything she had forgotten?