Now for this week's prompt: 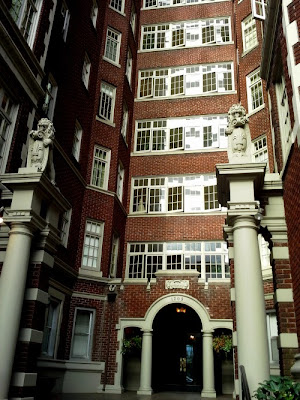 1) Use the photo and the 5 words provided in your story.
2) Keep your word count 500 words or less.
3) You have until next Tuesday to link up your post.
4) Link up with your blog hostess (Nicole, Carrie, Tena or Leanne)
5) Have fun, don’t stress, let those creative juices flow.


THE DILEMMA
Laura opened her handbag and took out her pretty little notebook.  She regarded the list she had made and noted there was still one item she needed to tick off.   It was quite a major item which is why she had left it until last as it required a bit of effort on her part and on the part of others which is where the problem lay.
Tapping the pen against her lips as she thought and pondered upon a solution she wondered whether it would be such an imposition to call her godmother and ask her to help her out.  Cindy was a fashionable, fifty something lawyer who worked out of a satellite office and if anybody could then she could.  She would probably love to give a helping hand and rescue her goddaughter from the dilemma she now found herself in.
Laura arranged to meet Cindy the following weekend.  They would have a fantastic time in the City; Cindy had plans to take Laura to a fancy restaurant after a full day of shopping, or in Laura’s case, window shopping.  As much as Laura loved Cindy and her outgoing ways, she was referred to in the family as rather eccentric even though she held down a significant and responsible job.
One more check through her handbag; train tickets, paperwork, tissues, mobile phone, digital camera, Kindle, purse, credit cards (to be used only in an emergency), notebook and Laura was ready to leave her tiny flat.  Locking the door behind her she gaily set off for the train station.
As she placed her key ring inside her handbag, she fondled the charm on the key ring.  It was a lifebuoy that reminded her of the family association with all things naval and maritime.  Her grandfather had been a sailor in the Royal Navy, he had started as a young lad at 15 straight from school and remained in the service until he was in his 40’s when he had to start a career again in Civvy Street.
The day was hot but a pleasant summer’s breeze wafted gently down the road as Laura made her way to the imposing building to rendezvous with Cindy.   It would only take her about 15 minutes and she was quite looking forward to the walk which would give her time to collect her thoughts in order to present the problem to Cindy.
Guarding the entrance to the tall building were two lions on monumental pedestals, the glass windows glinting in the sunshine, sparkling shadows in some areas and hiding secrets in others.
It was such heart wrenching decision to come here, to change her life so drastically moving to another country, the language although professing to be English had different words for simple things and she’d made a few faux-pas in her first few weeks.
She pressed the bell to the entry access system and was relieved to hear Cindy’s dulcet tones inviting her up.