has given us two photo prompts. 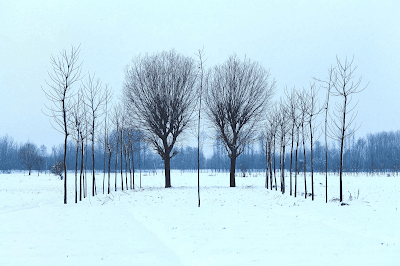 The cold crispness of the air

Matched her feelings of despair

Black and white no colour to be seen

Stark and bare it was obscene

When would life become bearable again?

It was such a nightmare;

She was caught in a snare

Caught as a doe

In the headlights, frozen

On the horizon a light, a beacon

She wanted a dream

She didn’t want to scream

How many days, months or years

When would they stop falling, her tears

Her constant companion in the dark days

She would shake and shiver

Month by month, day by day, week by week

Trickling back in to her thoughts, she began to speak

To say out loud

To stand up tall

She would not fall

Down to the depths, uncontrolled

The mist began to clear

She began to hear

It wasn’t a race

Her therapist had said

She was afraid of what lay ahead

Her family strengthened her

Cuddled her, wrapped her in their care

With love and comfort she put one foot forward

And proceeded carefully toward

Building her life, as nature does every season

She would never know the reason

He was taken, his life over too soon 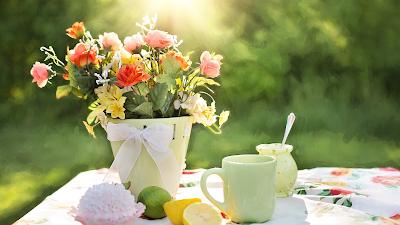 The table was set, the fresh flowers smelt wonderful.  Alice smiled.  There was a time she thought she would never feel happy again.

Everything was ready.  Right on time her companions arrived. Kisses on cheeks were given and received, a flurry of activity as the ladies seated themselves admiring the flowers, the tablecloth and the setting.

Fresh lemonade was served, teacakes and serviettes handed out, all enjoyed and complimented on by the group of four women.

Now the informal writing group got down to business.  It was Alice’s turn, as the hostess, to divulge writing from several years ago.  She had gone through her dairies and notepads and painstakingly typed her handwriting up on to the computer and then printed out several copies.

As she passed the copies round her heart started beating faster.  Would they feel what she felt at that time?  Would they think it was over the top?  Would they actually realise it was based on fact and not fiction?  Should she tell them it was fact or should she lie and say it was fiction?

A few minutes later each lady was reaching for a tissue.  Hands were dabbing at eyes, throats were cleared.

Joan looked at Alice, Daphne looked at Alice and Anita joined in the stare.
Alice blushed as the heat rose up from her rib cage, covering her throat in a pink glow, moving up to her cheeks and forehead.

Her three friends stood as one and moved besides and behind her enveloping her in a friendly hug.

It felt good to finally let it all go.