Here is this week's picture prompt with five random words 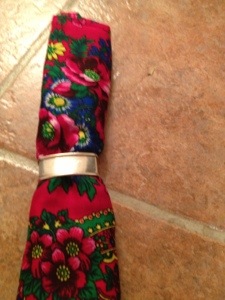 1) Use the photo and the 5 words provided in your story
2) Keep your word count 500 words or less.
3) You have until next Tuesday to link up your post.
4) Link up with your blog hostess (Nicole, Carrie, Tena or Leanne)
5) Have fun, don’t stress, let those creative juices flow.

Diane picked up her mother’s suitcase and put it in the boot of her car.  Her husband, Tony, was sitting patiently in the driver’s seat waiting for everybody to get settled.  She knew he wasn't looking forward to the long drive to her grandmother’s place of residence for this annual forgather of the Scottish clan.
Tony knew the stories almost as well as she did and he was determined not to let the female family neurosis get to him this year.  His Kindle was secreted inside his jacket pocket along with his chewing gum and his secret stash of rolling tobacco, papers, tips and lighter.  He remembered last year’s trip when Diane’s father had insisted on taking a turn on driving up the motorway when everybody was scared to death by his lack of motoring skills.  Stan was a grumpy old man who was well known for being as stubborn as a mule.  This year Stan had insisted he couldn’t get the time off work, to everybody’s relief.
The weary travellers arrived at the Croft Hotel and booked in to their respective rooms before wandering down to the bar to indulge in a few drinks before dinner.  Their table was reserved in the restaurant waiting for other family members to arrive during the evening.
Greetings were called out, cheeks were kissed, stories of children and work, the trials and tribulations of the economic situation that affected everybody, all the cacophonous words clamouring for attention in amongst the waiters and waitresses desperately trying to serve dinner but somehow everybody had their turn and all the current information was duly exchanged within a few short hours.

The next day dawned bright but cold.  Moira looked out of the window of her small bungalow and saw the convoy of cars crawling slowly up her street.  She could see her relations plastering false smiles on their faces as soon as they realised she was watching them.
She had laid the dining room table with her best tablecloth and her favourite flowered napkins pushed through the silver holders that she kept for special occasions.  She had baked for two days, cream horns, coconut cakes, madeleines, jam tarts and iced buns.
She knew they were waiting for the legendary story of the rescue of the dogie that had changed the family fortunes and she wouldn't disappoint them.
She giggled to herself at the surprise she was about to announce.  She would wait until the cakes had been consumed, copious amounts of tea and coffee and then she would drop her bombshell.
If anybody dared to say she was too old at a mere 83 years of age to have a book published for the first time then they could go and take a running jump.   She couldn’t sit down and do nothing all day and just because physically her body was letting her down it didn't mean her brain cells had stopped working.   She was in print at long last.
Word Count: 496 with title
Posted by Sally at 04:41