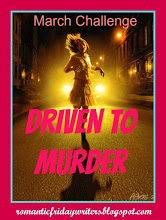 Here is my first attempt at a murder story!!! 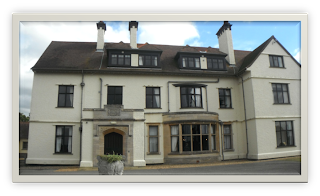 Soon after the funeral the call came to attend the reading of the Last Will and Testament of retired Colonel Lionel Sanderson-Jones to be held at the family pile in the depths of Suffolk.
Jorja put the date in her Blackberry and emailed Jason, her husband, so he could arrange the time off.  As the Chief Executive Officer of the family firm he needed to re-schedule all his meetings so they could drive up on Friday afternoon ready to attend at the appointed time on Saturday morning.
The last thing she wanted to do was to stay in the same house as her mother and deal with the sickening, false emotion that would be on display.  Pauline, to all intents and purposes, had loved, adored and obeyed Lionel suffering the last thirty years with grace, mainly by living a pampered life of a lady of leisure who lunched, shopped and visited many a beauty salon to occupy the empty hours of her days.
Saturday morning found people congregating in little cliques in the drawing room. The smell of wood smoke emanating from the logs ablaze in the grate of the marble fireplace took Jorja back to her childhood days when she was home from boarding school during the school holidays. 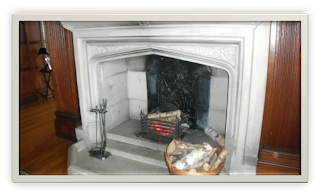 Jason nudged her and nodded towards the window, ‘that group must be the law firm,’ he said in a low voice.  Three men wearing black pin striped suits, white shirts and conservative ties, took their places behind the mahogany desk with the patinated leather top.
Jorja looked over and saw her brother, Brendan, his simpering wife hanging on to his arm which was probably just as well because with every step, she took her life in her hands as she teetered on those stupidly high stiletto heels.  Lola, with her platinum dyed blonde hair, false eye lashes and probably a monthly dose of Botox, certainly knew how to worm her way into his wallet.  She was the blonde bimbo, the Essex girl made good for herself by marrying into money.
Her cousins, hangers-on and sycophants her recently departed father had indulged with his oddly eccentric ways.  He was a relic from the bygone days of the British Empire; he used his Army rank as his own ego trip whilst keeping a firm rein on the management of the company.
Now without her father holding Jason back, as the CEO he could bring the company in to the 21st century, updating the website, online selling and modernising the weighing and packing machines could only benefit the S-J Tea and Coffee company whilst still retaining the ‘olde worlde’ feel of the company that its reputation was based on.
Mr. Page Senior of Page, Page and Page Solicitors, cleared his throat and read, in his best monotone, the convoluted details of the provisions and clauses of her father’s Will.
Jorja held in the gasp that tried its best to escape from her lips.  Her nails dug into Jason’s palm as she shook and trembled with incandescent rage and paled under her fake tan.  Her father had left everything to her idle, no-good, lazy brother; even the company was to be turned over to him as the majority shareholder.
This wasn’t fair.  She was the eldest but because she was a female her father hadn't even considered her.  She had worked so hard, tried her best to please him, Jason as his son-in-law, ran the company on a day-to-day basis.  So now Brendan would be in charge.  Jorja bit her lip and drew blood.
Jason put his arm around her shoulders and pulled her in to his manly chest.  ‘Oh, my love, I wasn't expecting that,’ he whispered into her ear, brushing her hair with his lips.
Two weeks later Jorja had hatched a plan, a plan she couldn’t even tell Jason about.  For this to work well she was the only one to carry this out.  She could become a hypocrite and befriend her sister-in-law Lola.  Luckily, dear Lola wasn’t the brightest spark in the box so it wouldn't be too hard and the sacrifice of spending days shopping or in a spa would be worth it.
A few weeks passed and Jorja’s plan was ready to put in to action.  Brendan and Lola arrived at 7.30p.m. for dinner.  She took their coats, as she hung Brendan’s jacket on the coat peg she slipped her hand inside the pocket and deftly removed his EpiPen.
The wine flowed; the canapés were consumed, now Jorja brought out the main course.  The foursome sat at the table. Lola’s giggling was beginning to get on her nerves adding to the tension Jorja was trying to keep under control.
They tucked into the rare rib eye steaks she’d grilled to perfection with the addition of a green salad dressed with her special homemade vinaigrette.
Brendan started to choke, his breathing became ragged, his lips were swelling, his eyelids were blowing up like balloons, his face was turning a mottled puce colour.  Lola started screaming.  ‘Where’s his EpiPen?  Jason, look in his coat pocket.  Hurry!  Hurry, for God’s sake, hurry.’
‘I can't find it,’ screamed Jason.  Jorja was dialling 999 calling for an ambulance explaining her brother was suffering an anaphylactic reaction and they couldn’t find his EpiPen.
The paramedics arrived five minutes later but by then it was too late.  The paperwork had to be done.  Lola, stuttering through her tears, explained to the authorities that he always carried his EpiPen in his coat pocket but tonight it wasn’t there.
Inadvertently Jorja had grilled the steaks on a griddle pan she’d used the night before while cooking garlic prawns.  She’d only wiped it out with kitchen roll instead of washing it in hot soapy water.
She would never, ever forgive herself she told Lola for accidently killing her brother.  Lola looked her in the eyes and saw the cruel truth hiding there but wisely she decided not to tangle with the madness she saw in her sister-in-law’s face.