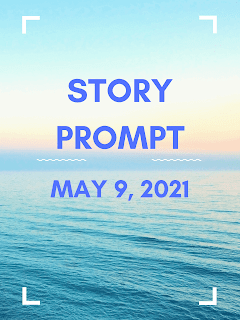 writing from the heart, to the heart

Go to Debb's page to see next week's prompt and please feel free to join in.

This week our story prompt from the lovely Debb was using these words incorporated into a story.
Here is my story:

‘Hello, Darling,’ the wink that went with the phrase was cringe-worthy.

The gravelly voice, trying to be sexy didn’t fit the 50+ something, grey-bearded, weather beaten face that beamed up at her with his yellow stained teeth – well what was left of them. He was so smarmy that Elsie couldn’t stop the snarl that crept up her lips, thank goodness it was hidden by her face mask due to Covid.

She hated the situation she found herself in these days but there was rent to pay, bills to pay and food to put on the table for herself and the kids and her husband who was desperately seeking work which was hard to come by these days.  So many people had been thrown out of work as businesses collapsed during the pandemic.  Roger was looking and applying for anything and everything.

The Truck Stop Café, formerly known as the Blue and White café had been going for many years before it fell into disrepair and neglect.  After a few years new owners came along and revamped the entire building, increasing the seating area inside and making an outdoor space.  Situated on a busy A Road leading to various tourist sites, including a wildlife and safari park which was spread over 600 acres of beautiful countryside.

Elsie took the lorry driver’s order, typical for his ilk, full English breakfast, heart disease imminent but who was she to tell him he should enjoy a healthier eating style.  The menu was so conventional for working in what she referred to in her mind as a ‘greasy spoon café.’

Elsie brought the food to his table, receiving thanks and a long, lingering look at her ‘attributes’.  She should be used to the leers of the truckers but she always fought against the idea of being a sexual object.  She needed the money and on the whole they were only being ‘friendly’.

Elsie made sure that at the end of shift she would walk out to her car with either Betty, a lovely, mother hen type waitress or with Ben, the shy cook.  She would never admit that her heart would beat nineteen-to-the dozen if she had to get to her car alone.

She’d buy Betty and Ben something really nice at Christmas, just to show her appreciation of her colleagues.

As she entered their modest house, she heard laughter coming from the sitting room.  As she peeked in, she saw Roger, Nathan and Amy, in hoots of giggles as they played with their young kitten, pointing the laser beam from the spirit level.  Round and round Billy twirled, then as with all kittens and cats, he stopped and casually licked himself.  He must be dizzy by now.

It made all her hard work, the long shifts, the sleazy gents she had to put up with, the smell of frying oil in her hair, the throbbing feet and tiredness all worth while to know her family was happy.  They might not have much in the way of material things, the sofa sagged in one corner, the carpet was getting rather well worn in places but the love that emanated from her family was so worthwhile, it kept her going.

She wouldn’t change a thing.  Well maybe a better job and Roger working but that would be for another day when things returned to a new normal once the pandemic was under control.