Welcome one and all to the Cephalopod Coffeehouse, a cozy gathering of book lovers, meeting to discuss their thoughts regarding the works they enjoyed most over the previous month.  Pull up a chair, order your cappuccino and join in the fun.  If you wish to add your own review to the conversation, please sign on to the link list at the end of my post

I’ve read many books by Philippa Gregory and in my opinion she is one of the best writers in historical fiction and she really is a 5* writer.

I love her Tudor series and my 5* review for 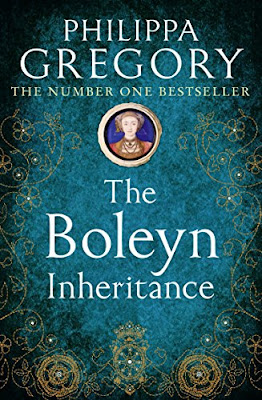 From the bestselling author of The Other Boleyn Girl, Philippa Gregory, comes a wonderfully atmospheric evocation of the court of Henry VIII and his final queens.
The king will decide who will live and who will die; he has the power of God now.
1539. Henry VIII must take his fourth wife and the dangerous prize is won by Anne of Cleves. A German princess by birth, Anne is to be Henry’s pawn in the Protestant alliance against Rome, but the marriage falters from the start. Henry finds nothing to admire in his new queen, setting himself against his advisors and nobles to pay court to young Katherine Howard.
The new queen begins to sense a trap closing around her. And Jane Boleyn, summoned to the inner circle once more by her uncle the Duke of Norfolk, finds a fractious court haunted by the Boleyn legacy of death and deceit.
Nothing is certain in a kingdom ruled by an increasingly tyrannical king.

Philippa Gregory is one of my all time favourite writers.  Her books are always well written.  You feel as though you are part of the times she is writing about.  Her characters come alive as real people and not just some dusty person from past times.

We hear the stories of these three women from their own perspectives of their lives trying to please Henry.

This is a brilliant book, well written and well told, fantastic.

Don’t let the length of the book put you off – it really keeps you gripped and 500+ pages will just disappear very quickly as you are quickly immersed in to  life at the Tudor court.