I'm early this week for the WWBH so if anybody wants to join in the fun you have until Tues eve to contribute.

This week we have a photo and five random words to incorporate in to a 500 word (max) short story.

Here are the rules and photo: 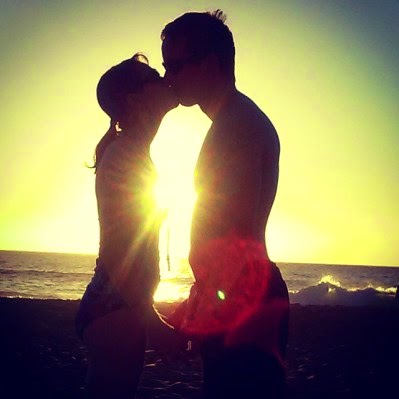 Rob was in seventh heaven, walking along the beach holding Sherry’s hand his stomach kept giving little somersaults every time he sneaked a look at this beautiful girl strolling beside him.  She seemed to be in a daydream, he hoped it was just as nice as his dreams had been lately.

Rob was in the last month of his gap year, he had wanted to travel the world after hearing his parents’ stories when they worked their way across the oceans before settling down to jobs and homes and family.

He had managed to raise half his money working really hard at a fast food outlet every hour they would give him; he had gone through all his old toys he’d found in the attic and taken them to a car boot sale which, to his great surprise, had yielded a lot of cash for him.  What was that saying, your rubbish is other people’s treasure, or words to that effect either way he was really pleased with the results.

To save money he decided to use public transport although it would take longer than flying or the train he spent many a happy hour people watching sitting at a bus station taking in the sights and sounds of the local culture in whatever country he was in.   Looking at the scenery as the buses slowly travelled the mountain paths and valleys and the small lanes leading into hamlets he was surprised by the niches set back in the roads and inset with an icon of a religious figure, a saint or Mary or Jesus.

Stopping off at a farm he worked for a few weeks as a labourer during the harvest, picking up the local language and absorbing it in his mind hoping it would then translate later on in his life into something useful he could do at work.

Now he was with Sherry, falling in love with her attitude, her beauty, her figure and her mind that absorbed facts and figures like an encyclopaedia which put him to shame with his smattering of scientific facts.

Rob stopped suddenly and turned to face Sherry, grasping her hands in his he kissed her as the sun was setting and the waves were lapping the sand leaving ripples in the moist grains before the froth disappeared and the water receded and ebbed back again.  Licking their toes the coolness of the liquid added to the emotional feeling of the moment.

‘I want to keep this picture of us in my mind forever and ever so that when we are old and grey we can remember the feeling.’  Rob whispered into Sherry’s ear, gently brushing her hair from her face with his fingertips.

‘Sssh, don't say it, please don't say it.’  Rob could feel the moment slipping away, he held on as tight as he could.

‘I have to fly home tomorrow.’