1) Compose a story using the photo and five mandatory words
2) Keep your word count 500 words or less.
3) You have until next Tuesday to link up your post.
4) Add your story (Blue Link) at Leanne's site: HERE.
5) Have fun, don’t stress, let those creative juices flow.
6) Invite a friend. This is about community, so feel free to invite, greet, and encourage new writers!
Next Wednesday we will post all your stories in the Writer Wednesday reveal so the community can hop around and visit each of you! 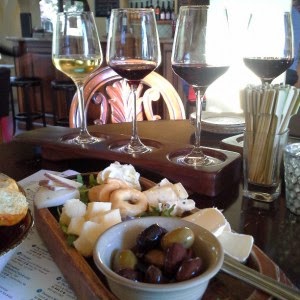 The nerves were constantly fluttering in her stomach.  She’d had a week to prepare, everything on her list was ticked off and nothing had been forgotten.  She’d fixed the wonky handle on the saucepan with a Philips screwdriver she found in the kitchen drawer.  Luckily it was a cross thread one and now she didn't have to worry spilling the hot mulled wine.

She opened the barrel of cheese and recoiled from the smell.  Stinky cheese was not her favourite but there needed to be a selection, tasty titbits on the tray along with a few pitted olives, black and green and smothered in oil was another taste she didn't enjoy.

She moved to her bedroom, quickly passing a comb through her long tresses, twisting it into an elegant chignon clipping it securely into place, a dash of mascara across her long lashes, a brush of rouge to complement her colouring, a lick of lustrous lipstick, a quick pout in the mirror, diamond stud earrings, matching necklace, she smoothed her hands down over the black evening dress fitting her tightly and curving in the right places, slipping on elegant court shoes, she took a deep breath and ready herself for the affray.

The doorbell rang and she greeted her husband’s colleagues.  Air kisses from the two women exchanged, a slightly embarrassed husband lingered behind not knowing whether to kiss her or shake her hand, amidst the fumble of confusion as she took their coats and hung them on the coat rack.

She poured red wine and white wine, sipped her glass surreptitiously noting the time on the kitchen clock.  He was late, again, leaving her to carry the can as she maintained mundane conversations.

Realising she had knocked back the majority of her glass of wine she remonstrated inwardly with herself and promised she would slow down until Rick got here.  There was no excuse.  He was the one who insisted they paraded themselves in this manner and met his colleagues socially.  The least he could do was to be here on time.

Naomi’s face started to ache with the false smiles and chit-chat and then she heard Rick’s car in the drive.  He came bounding in, grinning apologetically as he dashed upstairs to freshen up.

Rick came, stood beside her, his arm enveloped her waist, he brushed his lips against her ear, ‘sorry,’ came his husky whisper as he slid his thumb up and down her spine.    She melted against him, as he knew she would, he popped an olive in his mouth and winked just for her.