1)Write a story using both photos.
2) Keep your word count to 500 words or less.
3) Submit your completed story to your blog hostess (Nicole, Carrie, Tena or Leanne)
4) You have the next week to post.
5) Have fun, don’t stress, let those creative juices flow!

Sammy jostled Susie as they ran down the steps to the parked car.  Their dad was sitting in the driver’s seat sipping his drink. The children quickly belted up, grinned at each other and started singing.

‘Hey guys, give me a chance,’ their dad spoke through a hidden smile.  He placed his drink back in the cup holder in the side of the door. ‘We’re still waiting for your mum.’ 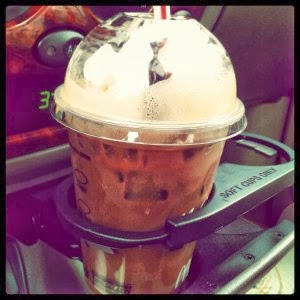 ‘She sent us out to annoy you, Dad,’ Sammy chuckled.

‘I bet she did,’ replied Dad.
‘Where are we going today, daddy?’  Susie’s small voice piped up from the back of the car.

‘A magical mystery tour,’ was the cryptic reply.

‘You always say that,’ Sammy pouted and then caught his dad’s eye in the rear view mirror.

Sarah opened the passenger door and plopped down in her seat.  ‘All set, everyone?  Then let’s go, Jim.’ She pointed her finger out of the windscreen.  ‘Make it so!’

‘Aye, aye, captain.’  The car purred gently down the drive on to the main road.

Half an hour later and after several frustrating minutes finding a parking space, the family piled out of the car.  Down below in the town square they observed the multitude of colourful canopies sheltering the market stalls.  People were milling around like little ants scurrying about their business. 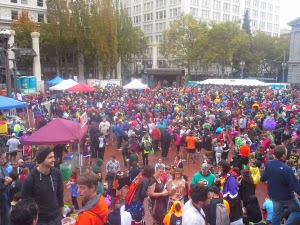 Susie grabbed her dad’s hand; Sammy took his mum’s hand as they walked down the hill to the market place.

Sammy felt the coins in his trouser pocket; they were hot and sticky where he held them tightly.  Grandma had given them a couple of pounds each for this day out, he was under strict instructions not to buy any rubbish.  At ten years old he was thought to be responsible enough to keep and spend his own money.

Susie would have to ask her mum if she wanted to spend anything because at five years old she was too little to know the value of money.  Sammy was going to see if he could find something pretty to buy for his Grandma for Christmas, some embroidered handkerchiefs she liked to use.  He wondered if he would have enough to buy other presents.

He was beginning to understand when his mum and dad said they didn't have enough money for some things.  When you had a few coins in your pocket once you’d spent them then they were all gone.

What he didn’t understand was why his parents didn’t actually use money but used a piece of plastic card.  His dad had many different ones and always had to think quite hard which one he put in to a machine before he bought anything.

His mum and dad stopped at a stall and looked at the lovely things on display.  His dad put his arm around his mum and said, ‘perhaps next year darling.’  His dad patted his mum’s swelling tummy where the new baby was growing.  She was going to be their last baby his dad had said yesterday.