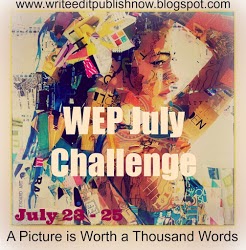 
SIGN UP FOR THE JULY CHALLENGE - A PICTURE IS WORTH A THOUSAND WORDS.

FLASH FICTION, POETRY, NON-FICTION, ARTWORK, PHOTOGRAPHY...
TIME TO SIGN UP FOR THE JULY WEP CHALLENGE...OPEN TO ALL...PLEASE JOIN US.
PLEASE LEAVE A COMMENT WHEN LINKING UP.
Email Denise if you have more questions:
den.covey@gmail.com

Kathryn arrived at the nursing home where her great grandmother now resided on Sunday afternoon, her tablet safely ensconced and fully charged in her bag.  She signed her name in the Visitors’ Book and proceeded to her great-grandmother’s room.
Marjorie, the owner of the home bustled down the corridor, greeting Kathryn with a big smile, ‘Faith is waiting for you my dear and looking forward to your visit.  She’s told everybody you are coming. The tea trolley will be along shortly.  Chef has made some fairy cakes today.’

Kathryn nodded her thanks and entered the spacious room. Faith beamed at her great-granddaughter.  Kisses were exchanged, a rub of her shoulder from her great-grandmother’s bony, arthritic hands which always seemed too large to belong to her slender frame, showed the love between the generations.

General chit-chat about the weather, Faith’s new medication, her aches and pains (mentioned only briefly as Faith wasn't one to make a fuss), a catch-up on all the family gossip who Faith remembered very well, even down to cousins and their partners.  It was such a large family nowadays.

The tea and cake trolley came and a delicious bun or two were consumed, every bite savoured and enjoyed in the convivial surroundings of this care home that Faith now found herself in.  Dabbing her lips genteelly with her embroidered handkerchief, brushing the crumbs from her skirt, Faith’s pale blue but piercing eyes spied the large bag Kathryn lifted onto her lap.

Kathryn retrieved her tablet and brought up the latest photos of the ‘Carter Clan’ as she affectionately dubbed her ever expanding family. Faith loved looking at the photographs and those she was interested in Kathryn made a note of, printed them out when she got home, laminated them with the names embedded on the paper and posted them to Faith in the home.  As with all that generation Faith dearly loved to be able to hold a photograph and gaze upon it or look at it sitting on her windowsill or her bedside table.

‘Do you know where that house is, Gran?’

‘Oh Kathryn that was the house I was born in, Pear Tree Cottage.’ 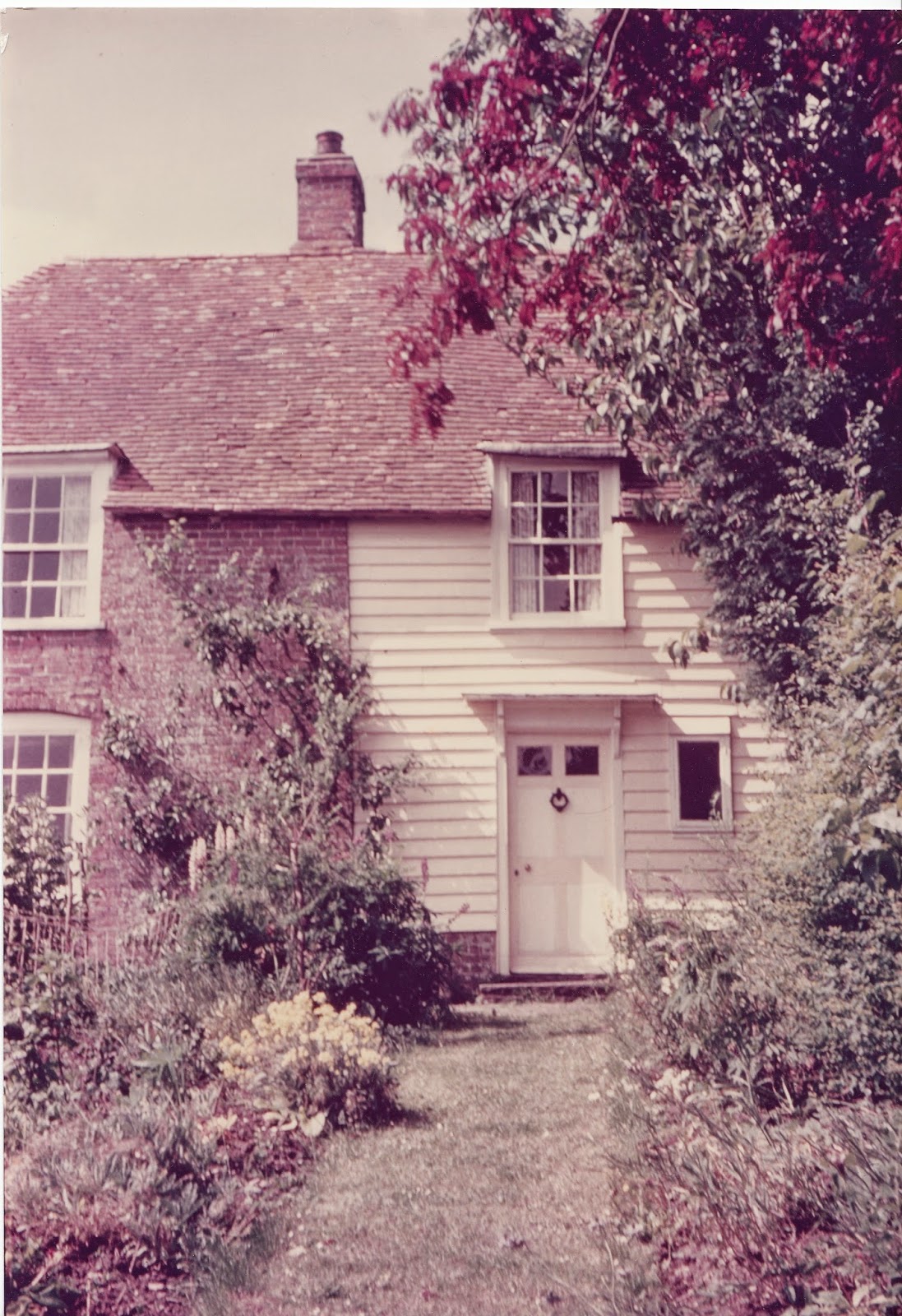 Kathryn had the presence of mind to grab her mobile phone and start recording her Gran’s story.

‘I was born in Pear Tree Cottage just before the start of World War I in 1914 to my parents, Charles and Mary Jane.  My mother was in her early 30’s and my father was eight years older than her, we were not a rich family but neither were we poor.  We were well dressed and well fed and my father owned his own house, as you can see.’

(Kathryn flipped the screen on her tablet to the next photograph) 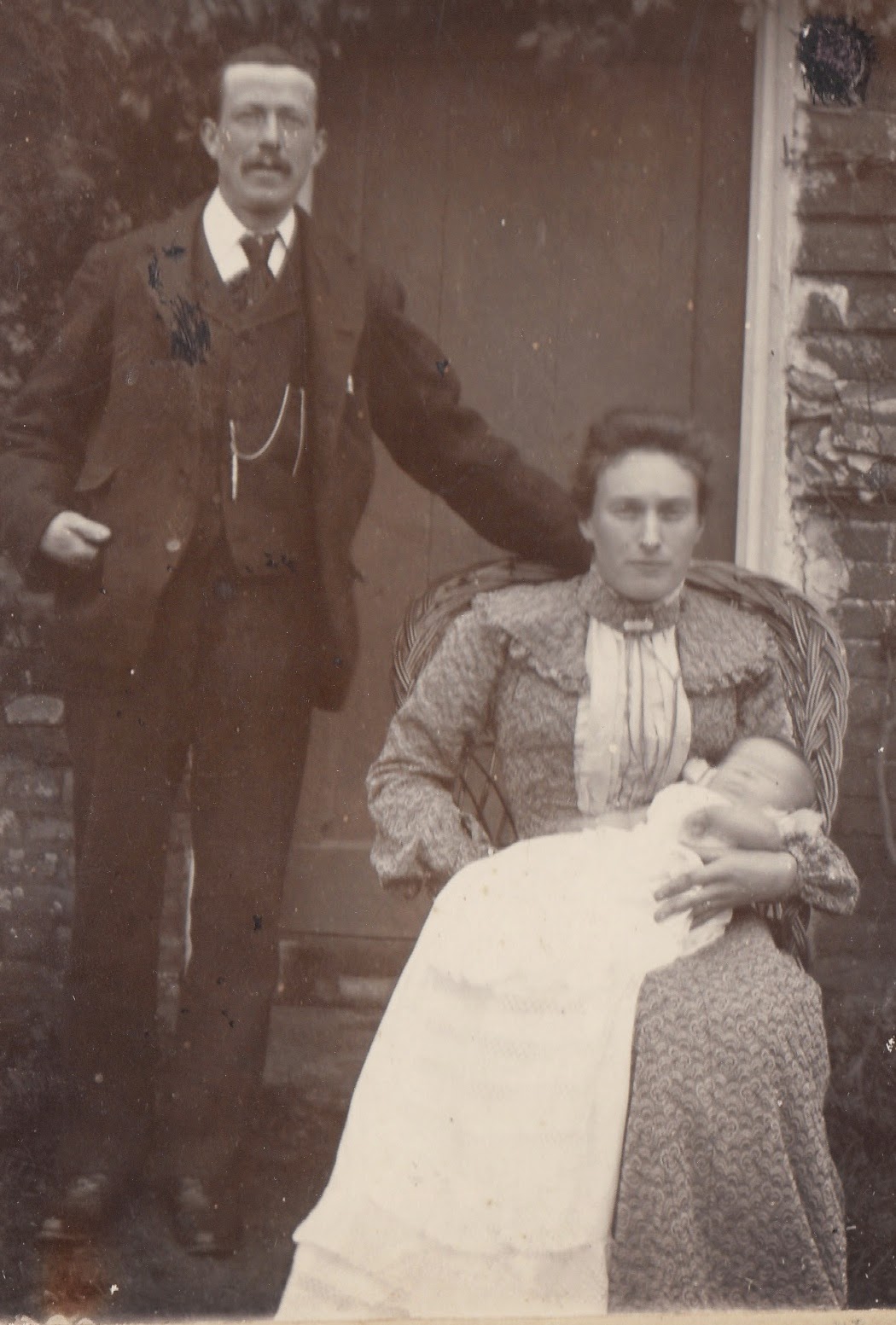 ‘That is Arthur, my brother in my mother’s arms. Mum was quite a beauty with a lovely figure, a redhead; she had quite a fiery temper if I remember correctly.

Sadly she died when I was only 11 years old. I took on the responsibility of the household, looked after my father and brother,  everything my mother did in the house I now had to do.  It was the way of the world then, my dear; women stayed at home and did all the domestic chores. It took us all day, no washing machines or central heating that you youngsters have now.’ 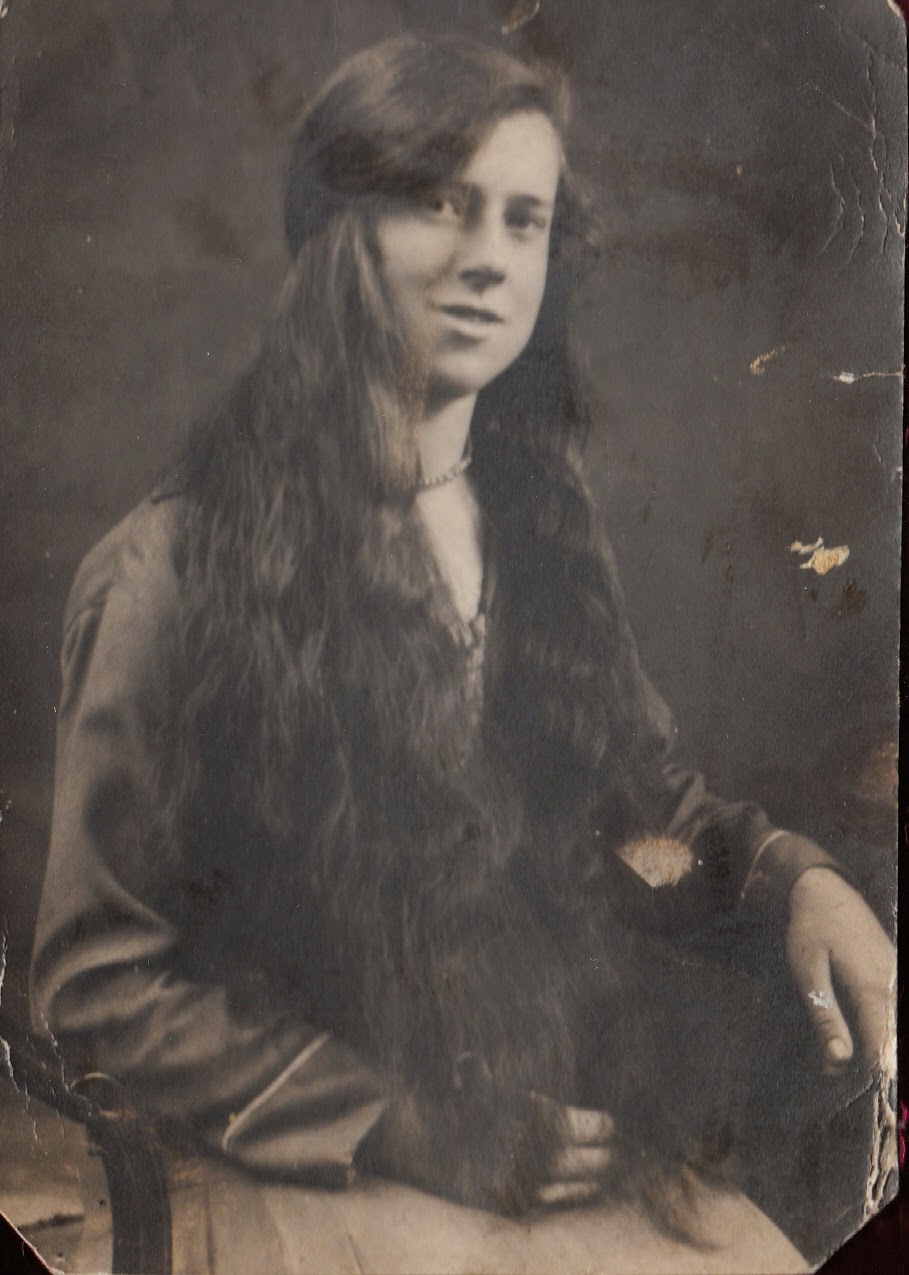 Faith sighed as she regarded the picture.

‘Oh my, just look at me! I was about 16 in that picture, my auburn hair was long enough to sit on. I was very proud of it. It took an absolute age to dry after my weekly bath and hair wash, no hair driers or curling tongs and such like in those days, although we did have rags to curl our hair in for special occasions.’

Kathryn looked at Faith encouragingly and she continued talking.

‘I was 18 when I got married.  I met Norman when he was working on our church doing some repairs. It was my turn to dust the pews, look after the flowers, polish the brasses and candle sticks ready for Sunday Service.’

Faith had a secretive smile as she recollected that meeting.

‘He complimented me on my hair and the rest, as you know, is history.   We married in 1932 and soon after that we had our first son, Charles, your grandfather, a honeymoon baby we called him.  Norman used to call me ‘Nibs’ and I would call him ‘Nor,’ just our little pet names for each other.’

‘Rodney was born in 1937.  Further up Lossenham Lane from Pear Tree Cottage the *Council had built some houses, called Heron Cottages, which we moved in to. Every day I would return to Pear Tree to cook a meal for my brother and father, clean the house for them and do all their laundry, without a washing machine I might add, as well as looking after my own house and family.

World War II came and Norman was in the RAF stationed in India.  Thankfully he came back safely.  He didn't say much about what he went there though, not many men did speak about what they saw and did during that time.  Then in 1948 our last son, Colin, was born.’

‘Gran you worked hard all your life.’

Faith nodded her agreement and was quiet for a moment or two.  She spoke again with a slight quaver in her voice.

‘Colin was a fit young man who loved working on the land at the local farm until he was struck down with illness in his early 20’s.  He was bedridden for the next 30 years. I cared for him and my Norman who retired early with a bad back.  I also worked on the farm in the summer and did cleaning up at the big house as well.’

Faith patted the young hand as they sat companionably side by side.

Word count: 997
*Council – the local authority in the area that built housing and rented the properties out to local families, sometimes there was a waiting list but you had to be married to be on the list in those days.