It's time for this week's blog hop short story.

Here are the two photographs 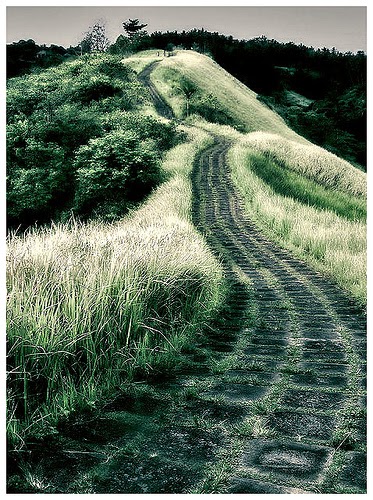 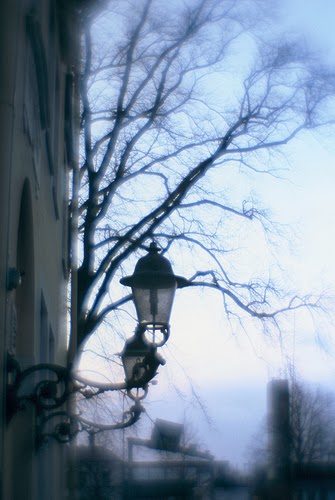 Here is my short story:

Julia peered out on to the hazy street.   The light was dissipating the fog just enough to see the vague shapes of buildings in the distance.  She pulled back from the cold window pane, shivering in her nightie and crossed to the other side of the bedroom.  As she sat on the edge of the bed and pulled her dressing gown around her shoulders she felt her companion stir and roll over.

Mumbling quiet words, her husband of just a few days, stretched out his arm and wrapped it around her waist.  She put her hand over his arm, feeling comforted by the strength in his forearms as she stroked the hairs on his arm.

She dashed her hand forward to silence the alarm clock as it struck five o’clock.  Ricky sighed and turned back to get out of his side of the bed.   It was only Wednesday and they were both exhausted from working long hours in the factory.  They were lucky in having a job each these days, many people were out of work and penniless and living in dire conditions.

The one room they could afford doubled up as a cooking area as well as living and sleeping quarters.  The kettle had been filled with water the night before.  Julia lit the gas ring beneath it and opened the one and only cupboard to get out a loaf of bread.  She spread it with a little honey, wrapped it in yesterday’s greaseproof paper and handed it to Ricky to put in the pocket of his overcoat.

She repeated the process and placed her sandwich in her handbag.  They drank their tea and swaddled themselves with hats and scarves and gloves against the early morning misty air.  Walking quickly towards the outskirts of town they reached the factory after 15 minutes just as the siren was blaring for the end of the night shift and the beginning of their 12 hour day shift.

The mind numbing hours of working in the factory was just another day to get through.  The short breaks they were given for lunch were never long enough to make any friends.  The only thing that kept Julia going was the thought of the weekend.

Ricky had promised her that they would put aside some of their Friday pay packet no matter what; they would save up and visit their families in the country.  He had worked out it would be another three months to gather enough money, by then the weather would be fine and they could walk through the grassy track to the top of the hill and absorb the beauty of the countryside around them.  The sights and smells of the familiar countryside would sustain them through the next few months of hard toil.

Their dream one day was to be able to return to the countryside and set up their own small holding and start their family but until then they had to work in the town.