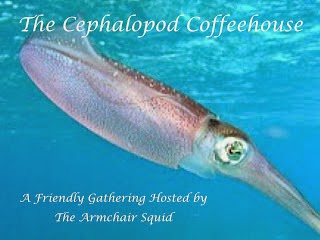 Welcome one and all to the Cephalopod Coffeehouse, a cozy gathering of book lovers, meeting to discuss their thoughts regarding the tomes they enjoyed most over the previous month.  Pull up a chair, order your cappuccino and join in the fun.  If you wish to add your own review to the conversation, please sign on to the link list at the end of my post.
Also, next month will be the twelfth for the Coffeehouse, a full year of book loving under our belts.  It's a good time for reflection.  I'm quite happy about the way things have gone but I welcome thoughts on how I might improve upon the concept.  So please give forth in the comments section below.  Growth and evolution are good things.

This is the book I would recommend this month - the story has received a lot of publicity as the film has recently been released, I haven't seen the film yet but will do in the near future. 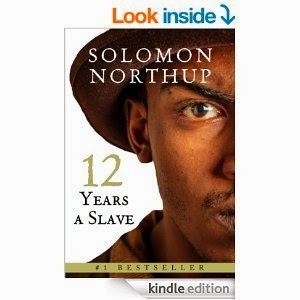 Solomon Northup was born a freeman but is kidnapped into slavery and spends 12 years trying to escape and regain his freedom.  This is a true story detailing those 12 years from 1841 – 1853.

It is a harrowing memoir of slavery in Louisiana and Solomon’s quest to regain his right to freedom which should never have been taken away from him.

The style of writing is of the era but it is very readable and I was pleasantly surprised at how well it is written.
In this day and age we are appalled by the behaviour of people at that time and although it took a long time for slavery to be abolished we still need to work on lots of things regarding human rights in this day and age.

Coincidentally, if you believe in coincidences or eerie and weird if you don't, as I  started to read the book on my Kindle the book was also serialised each morning in 15 minutes slots as the book of the week on Radio 4 (http://bbc.in/1mydcKc) which made the book even more poignant.

This is the blurb from the BBC that accompanied it:

Solomon Northup, the son of an emancipated slave, was a free man who lived with his wife and children in New York, working as a carpenter and violinist. In 1841, two circus promoters offered Northup a high-paying job and he travelled south with them to Washington D.C. Soon after arriving in the capital, he was drugged, beaten and sold into slavery. Threatened with murder should he ever reveal what had happened, he spent the next twelve years of his life in captivity in Louisiana.
After his rescue, Northup was reunited with his family and went on to publish this eloquent and important memoir. It was an immediate bestseller.


It was brilliantly narrated by Rhashan Stone an American born English actor who is currently playing a London fire-fighter in a Sky 1 series called The Smoke. 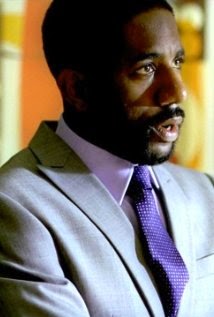 Having read the book and listened to the book narrated on the radio I will now gear myself up to watch the film.