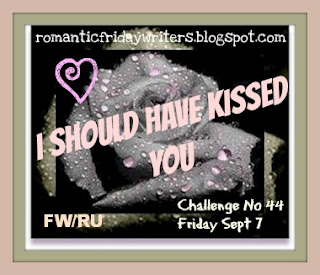 the hesitation, the uncertainty ...of the missed opportunity TO KISS...read more
http://romanticfridaywriters.blogspot.co.uk/

Any genre, any POV, remember the romantic element.
Write your story/posetry of 600 words or less


Standing on the platform waiting for the ten past eight train shivering in my school coat and thick black tights I saw him bounding down the station steps, all six foot four inches of 18 year old masculinity.  His shoulder length black hair was parted in the middle framing his big blue eyes, the wisps of black beard growth hinting of a sexy five o’clock shadow to come later in the day.
I turned away so he didn't realise I was looking at him.  Young ladies didn’t look at young men in that way or not overtly anyway.  I started chatting to Christopher, who at a couple of years younger than me, still couldn't keep his eyes from darting where they shouldn’t be looking.
The train pulled in and we opened the carriage door and quickly found our seats.  We were usually lucky enough to get a compartment to ourselves before the commuters piled on to the train at the next stations along the route to London.
We would alight at Maidstone and let the other poor souls travel on to the big city.   Oh my goodness, I hope I didn't have to work in London next year.   I had certainly had enough of rail commuting to school five days a week.
The sliding door to the compartment opened and in flopped this chap himself.   Christopher greets him with a smile and introduces me to Colin. I can feel my face blushing as I nod in acknowledgement.  A forty minute train journey is not long enough or far too long when your heart begins to race as you hear his words slip out of his mouth with that sexy, slightly upper class college accent.
For the next couple of weeks we shared the same train journey in the mornings and evenings.    The rumble of the train wheels on the track, the musty smell of the scratchy fabric of the seats, our breath misting up the windows, all added to an illusion of seclusion and privacy.
The nights were beginning to draw in so the walk from the station to my home was in the darkening twilight.  Christopher’s route took him  part of the way with me before he turned off into his road to his own home, then I only had a few more minutes to walk by myself.
One Friday evening it was just Colin and I who caught the train home.  I didn't really care why Christopher wasn’t there, he’d played the gooseberry for long enough. We chatted all the way home and as we left the station Colin asked me if I fancied going for a coffee.
We started walking over the railway bridge in to the town centre and then he took the shortcut through the Memorial Park.   The leaves were turning colour and falling on the path rustling under our feet as we walked.   I was shivering, so he took my hand and pulled me towards him, hugging me close.
We stopped under a street lamp and I looked into those blue eyes, brushed my eyes across his lips, took a deep inward breath and waited for the kiss I was sure was coming.
‘Hey sis, what are you doing?’ Called out my stupid, younger brother, cycling past us and screeching to a halt.  ‘You’re late.  Mum is going to be mad.’
Colin let go of my hand, removed his arm from my waist.  He winked at me and said, ‘see you Monday, Janet.’
Forty years later I wonder how our lives would have turned out if I had kissed him that day.
Word count: 598
NCCO 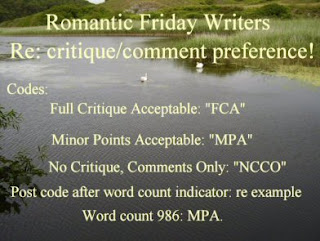