It's time for this week's blog hop

3) Link your story up using linky tool below. Stories submitted will be announced in next week’s blog hop kick-off


This week we have a picture and five random words: 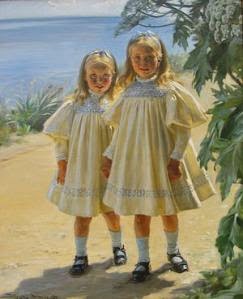 Here is my short story:

Travelling across country for miles and miles was arduous; the two girls in the back of the car had finally gone to sleep.  Shelley looked at Karl, relaxed at the driving wheel, she smiled and said, ‘are we there yet?’

Karl playfully tapped her leg, ‘only a few more hours to go.’

Shelley noticed the signs for the toll Bridge to cross the Thames River, they’d named it the Queen Elizabeth II Bridge and it was always congested.  She pulled out some coins from her purse as Karl laughed at her.  ‘Look at the tailback; we’ll be another half an hour before we reach the automatic booths.’

Looking ahead they could see the slow moving traffic snaking its way towards the bridge,   as they crept further forward they could see a convoy of caravans and large vehicles ahead advertising the John Lawson Circus that was blocking the carriageway ahead.

Finally, they traversed the bridge and joined the motorway, picking up speed as they travelled towards the Kentish countryside to Shelley’s parents’ house, the clouds darkening as the weather seemed to be taking a turn for the worse.

The overhead signs on the motorway flashed up with warnings of bad conditions, advising motorists to slow down and to take care, use their lights and see and be seen.  Two hours later they pulled in to the quaint English village, driving down narrow country lanes became quite a hazard for Karl to negotiate the big car they had just purchased to accommodate their growing family.

The blue front door was flung open, arms held wide open for their embrace as the two sleepy girls woke and were firmly held by their grandparents.

‘Come in, come in,’ said grandpa.  ‘We have a big pan of ravioli just waiting to be heated up for your supper.  Then we can have some ice cream afterwards.’  Grandpa chattered on to Lucy and Emily as he took them straight through to the kitchen.

Grandma smiled at the two blonde haired beauties and then embraced Shelley and Karl together, squashing them against her ample bosom.  Breathlessly Shelley and Karl managed to reciprocate her kisses on their cheeks and as they were released from grandma’s hold smiled joyfully at the exuberant welcome.

They sat at the kitchen table where the aroma of the cooking pot assailed their nostrils making them realise how long it was since lunch time.

When they were replete and the dishes stacked in the dishwasher, the coffee was poured as Grandma got out a photograph album.  ‘Now this is what I wanted to show you two,’ she chuckled.  ‘You’ll see what I was saying over the telephone.’

She opened the album and there in the middle of one of the leaves was an adorable picture of two young blond girls, holding hands with the sea in the background.

‘They will look the spitting image of Aunt May and Aunt Isobel with the dresses I sent you.’

'Oh, grandma, that is just perfect for your party tomorrow.’